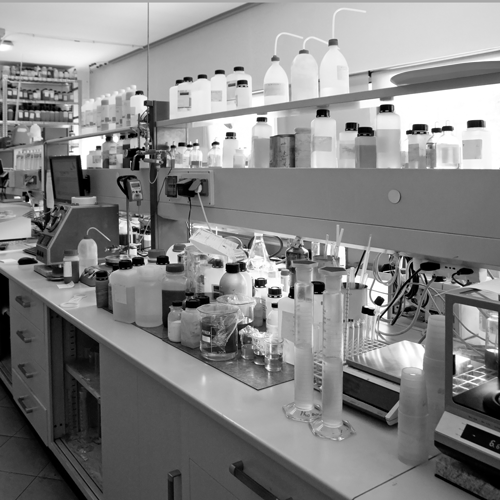 The UNESCO Centre for Membrane Science and Technology is a leading research group at UNSW Australia that specialises in the development of new membrane materials and the optimisation of membrane processes for commercial and industrial applications. To achieve this, the centre employs a wide range of custom designed small-scale membrane systems.

Small-scale experimental systems, such as those employed by the membrane centre, typically require either some manual operation or data collection which is reliant on the operator. This makes them prone to transcription errors when collecting data. Alternatively, if the system requires either partial or complete automation, SCADA technology adopted from industrial applications is commonly used, which often requires setup and programming by a costly external expert. This approach is not well suited to research applications where the processes and operating conditions change frequently, as the systems need to be more flexible. Additionally, the sensors and actuators, including pressure sensor, pumps or temperature sensors, are wired directly into the computer, increasing complexity and decreasing flexibility. It is commonly the case that a research group will spend a large amount of money on a system with rigid applications and operating parameters, and it will quickly become obsolete and is left in storage or dismantled for parts.

To expand their research capabilities, the membrane centre required a pair of membrane bioreactors, which use microfiltration membranes to filter biologically active mixed liquor, and are commonly found in municipal and industrial wastewater treatment processes. This simple small-scale apparatus, as seen in the figure above, consists of a mixed liquor tank, containing the membrane units.

A peristaltic pump is used to draw the permeate through the membranes at a constant flowrate, set by the operator. The suction pressure in the permeate line is measured to determine the degree of fouling on the membrane surface, and the experiment is stopped when the level in the tank drops below a set point based on a level switch.

Research apparatus are most valuable when they are easily adapted to changing hypothesis and challenges. This is especially true in a field such as membrane research, where systems are often moved to new locations to test local condition. For example, the system described above can be adapted for long term operation but adding a feed tank and a second pump. This pump can be used to refill the mixed liquor tank when it is running low. The membrane centre understands the value of flexibility, and therefore desired a system that could be easily adapted by it’s researchers to the rapidly changing research landscape. To fill this need, the centre identified the Instrument Works experiment management platform as an ideal solution.

The Instrument Works experiment management platform employs a range of sensors and actuators that use the robust Bluetooth Low Energy wireless protocol to communicate with a tablet computer such as an iPad. The tablet is housed in a waterproof case and runs the IW-Control application. This intuitive application enables researchers to set up a new experiment, including inputting all of the required operating conditions, and monitor it while it’s running. The platform also enables easy data collection and management. Experimental progress can be monitored using live graphing, and when completed, the results can be emailed to the researcher in a data analysis friendly .csv format. This solution eliminates the common use of hard wired laboratory computers and USB drives for manual data transfer, increasing reliability.

The system that Instrument Works implemented for the membrane centre includes a pressure sensor, which is the primary data collection point. The system also has a wireless water tank level sensor, and a wireless pump controller. If the tank falls below a set level, then the pump in automatically stopped, preventing the membranes from drying out. This is the initial system design, but the flexibility of the Instrument Works experiment management platform means that the pump speed can be controlled directly from the software, and additional components can be added, enabling numerous different operation modes. One such example is the aforementioned addition of a feed tank and pump, which will refill the mixed liquor tank. This change would normally take significant reprogramming by the user in a traditional system, but the Instrument Works system means it takes less than a minute.

Overall, the Instrument Works system will save the researchers at the membrane centre time, and enable them to rapidly adapt to new experimental requirements, leaving them to focus on their core activity of hypothesis testing.

You have Successfully Subscribed!